I love when plans come together. When you have a tiny seed of an idea and with the right kind of nurturing it starts to grow into the seedling of something amazing. Some ideas, like some seeds, when planted at the wrong time or in the wrong place never sprout but others, oh they even surprise. That was why I was cooking supper for Jon from i shot images. 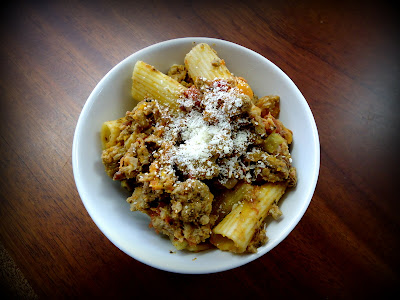 I had an idea, I thought he might be the person to help me grow it and what I got in return for sharing this project with him was more than I could have ever imagine. The excitement I was holding back, in case I was totally off the mark, he let show immediately. I started to hope, to dream and to plan. After a great brainstorming lunch out I thought a working dinner in would be the logical next step.

After telling Jon that I was cooking his reply was "Whoot! Such a privilege.. " and I started to panic. The pressure was on and my culinary creativity went into overdrive until my loving husband reminded me that keeping it simple was always a winning idea. So the meal of bolognese, and a new technique I had spotted on Rhodes across Italy that I had wanted to try, came to mind. As if by fate, Frankie Fenner tweeted about the lamb mince they had in stock and a meal was born. 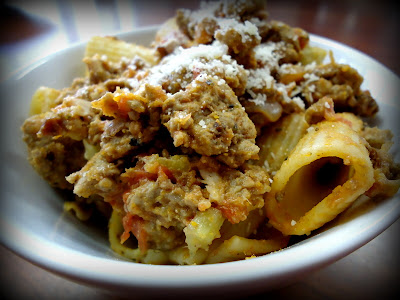 The technique? Well before adding the tomatoes to the Ragu di Bolognese you add milk. Yes, milk. I knew this would make a difference, there was no reason to not believe that but I had to see for myself. So I fried off some lardons, cooked the mince with the usual carrot, onion and celery mix (also known as soffritto) and tasted the mince. Then I added the milk and cooked it till it was all soaked up by the mince and tasted again. The difference was not as subtle as I expected. The meat was softer, almost creamy and I from now on, that step will be added to my usual process (that is, if I don't forget)

Considering everyone went back for seconds and Baby Bug gobbled his portion with no complaints I figured this is a winning recipe. You can use any mince you have available but the lamb mince was a very nice change from the usual. 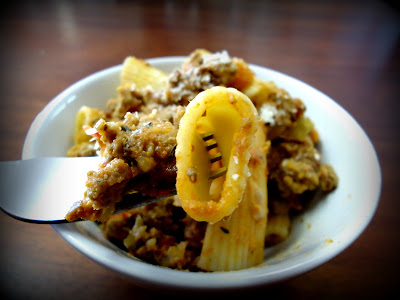 Fry the lardons until the lard melts and add the carrot, cellery and onion.
Fry till soft then add the mince and brown.
Once the meat is cooked, add the milk and cook on a medium heat until all the milk is soaked up.
Add the tin of tomatoes, water, sugar and oregano and allow to simmer on a low heat for at least 1 hour.
Season about 20 minutes before serving.

I served mine with Rigatoni and toasted ciabatta. 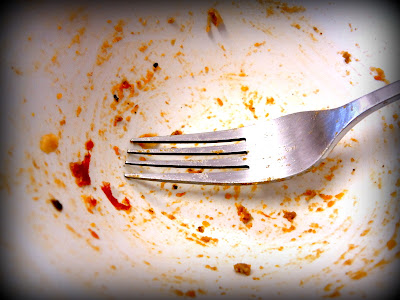 Disclaimer: Sorry for all the mixed metaphors, entertaining the bugling and blogging is new to me. 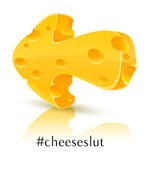